On 12th September, I was given the opportunity to attend a lecture by HH Jayapataka Swami Maharaj. I’m so grateful. I didn’t get to see him at the Janmashtami/Ratha Yatra festival on the 10th so Krishna gave me another opportunity 🙂

We got to the hall and Swami had still not arrived so kirtans were going on. That’s what I love about Hare Krishna festivals. There’s never an idle moment. Every time we have to wait, every time the sound system fails, somehow if something gets delayed, it’s just another opportunity for kirtan. And try as much as you want to not sing, to not be taken in by the kirtan, to focus your attention elsewhere… sooner or later, Krishna’s Holy Names will infiltrate us. We will dance and we will sing then, in joy that knows no bounds!

When Swami entered, it was crazy. Vaishnavas couldn’t care less for these Hollywood and Bollywood actors. These wonderful preachers, who have given their lives to God, who have taken up so much pain and struggle to spread Krishna’s message all around the world, who travel endlessly just to serve Krishna, they are the real heroes. The real celebrities. It really felt like that when Swami entered. Everyone stood up in respect, just to catch a glimpse of Swami, and people bowed down to pay obeisances. But Jayapataka Swami looked different from what I had seen in his pictures. Due to his stroke, he has lost a lot of weight now, he is in a wheelchair, and part of his mouth is paralyzed. He gave us a little lecture. He said many things that were inspiring. He encouraged us to chant. He said that for a person who chants 16 rounds everyday, when you do the math, you will find that he has become a millionaire (or a crorepati). Being a millionaire in the real world is useless, he said. We ought to become real millionaires, swimming in the mercy of the Holy Name rather than notes of money. He said that the seed of devotional service exceeds this world, it exceeds the heavenly planets, it exceeds Satyaloka, Brahmaloka, all these lokas. The seed of devotional service springs right into Krishnaloka! What divine mercy and grace!

Jayapataka Swami told us that his paralysis doesn’t let him speak as well, so he hoped we would all understand him. I felt so sad. It hurt to see Jayapataka Swami in such a condition. Oh Chaitanya Mahaprabhu, please shower your mercy! Heal him quickly so he can further spread your sankirtan in more towns and villages! Hari bol.

Later, we got to have close darshan of Maharaj. We stood in a line and received some prasadam and got to take Swami’s blessings. He also initiated and sheltered many of his devotees. 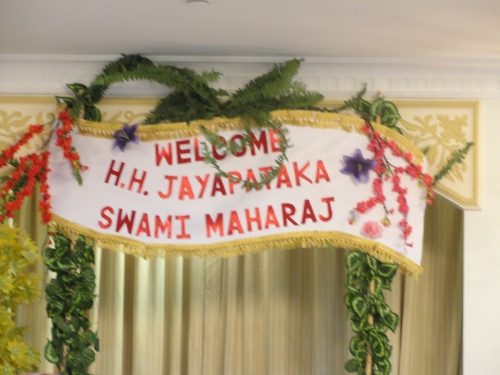 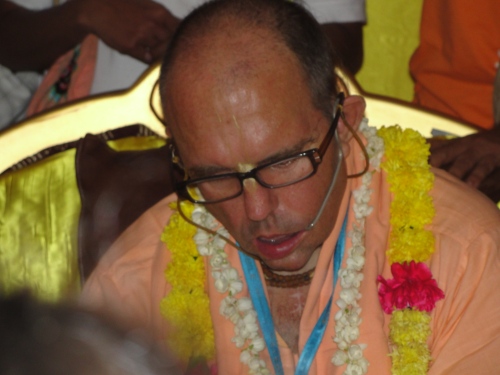 Photo taken by my friend 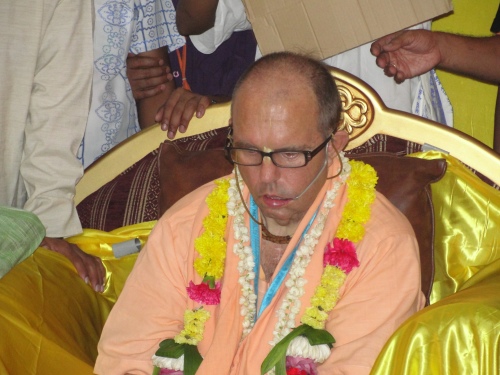 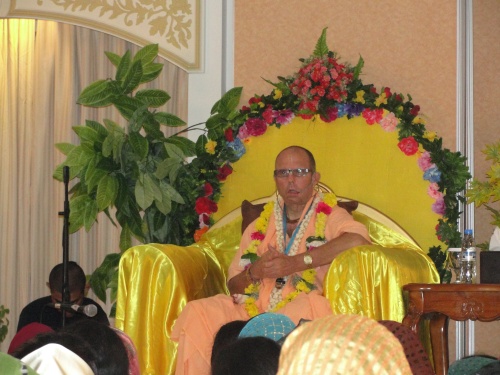 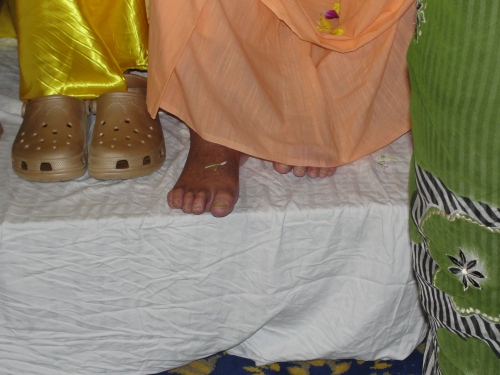 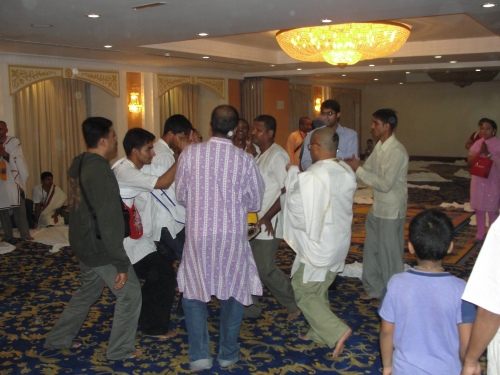 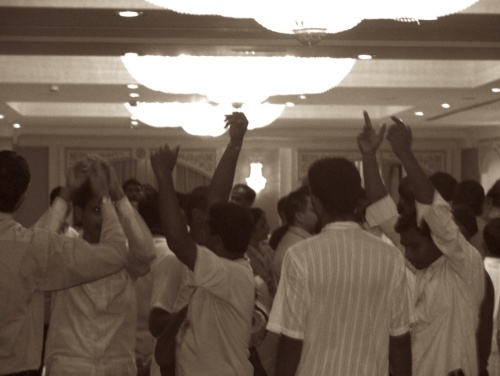 May Krishna grant you a speedy recovery, Maharaj. Thank you for all that you have done for us, for being such a fantastic disciple and in turn, a wonderful role model. We love you, Jayapataka Swami!